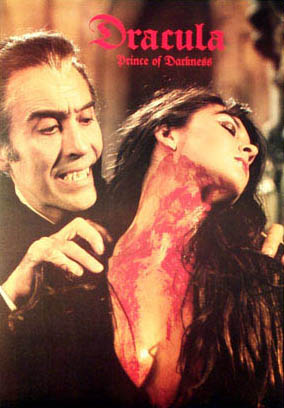 Philip Larkin (the dead poet of “They fuck you up, your mum and dad” fame that is, not the Philip Larkin who occasionally contributes to this blog) during his time as librarian at Hull University in the 1970s was said to have  complained to a friend about the lack of late night horror films on regional TV at the time, claiming ‘We’re absolutely starved of tit and fang up here.”  It is of course conceivable that the other Philip Larkin holds similar views.  But I couldn’t possibly comment on that.

Larkin was referring to that unique, but long gone staple of the British B-movie industry, the Hammer horror.  A classic combination of gothic horror – plundered from the literary works of Bram Stoker, Mary Shelley, Dennis Wheatley and Sheridan le Fanu among others and endlessly recycled – and soft porn.  Cheaply made and featuring a regular cast of actors, such as Peter Cushing, Christopher Lee and Barbara Shelley, the Hammer films would be considered quite tame by modern standards, not to mention tacky with their extensive use of unrealistic rubber bats and plastic fangs from Woolworths, but nevertheless are still highly entertaining to watch today.

Phil Barker in his review of Sinclair McKay’s history of the Hammer films, A Thing of Unspeakable Horror, published in the Observer sums up the genre perfectly:

“Hammer gave us a world all their own, a place with Home Counties woodland masquerading as Transylvania (it was Black Park near Slough), heavily cleavaged vampire women, lashings of fake blood with a strange milkshake texture, and the occasional bad sets, particularly in the later films, as if Dracula lived in a branch of the Angus Steak House. It’s immediately recognisable, this land where ‘the inns are full and boisterous only until someone mentions a certain word’, and McKay does a tasty job of evoking it. We all remember the red lining of Dracula’s cape, but what a pleasure to be reminded of Peter Cushing’s eyeball, suddenly seen huge through a magnifying glass as he examines the brain.

I realise The Dreaming Arm is in serious danger of becoming a branch of the Kate Bush fan club at this stage, but to celebrate Hallowe’en, here’s her very own tribute to the Hammer films – Hammer Horror .  In contrast to the very heavygoing “This Woman’s Work” of the last post, “Hammer Horror” is a light-hearted and tongue-in-cheek number, in which Kate takes a leaf out of Alice Cooper’s book.  Dracula will be turning in his grave.  And then he’ll get out of it and find some healthy young virgins to suck the blood of. 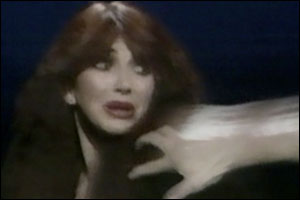 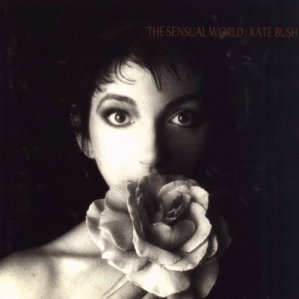 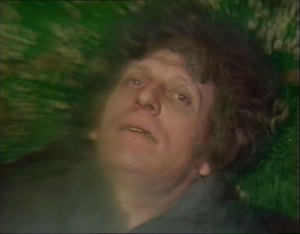 Thanks to “SillySteve2006” for coming up with the ingenious idea of posting this rather moving clip on Youtube.  It’s the last moments of Tom Baker as Doctor Who accompanied by the Kate Bush song “This Woman’s Work“.

Picture the scene – it’s 1981 and the tall curly haired goggle-eyed, toothy-grinned man, who a generation of children has come to know as the hero of Saturday evening TV has just plunged to his imminent death from a radio telescope in the process of saving the universe yet again.

And now he’s about to morph into that vet from “All Creatures Great & Small”.

OK, so at the end of the day in the grand scheme of things it’s not a big deal.  All that’s happened is that the lead actor in a children’s TV show is being replaced by another actor.  But when seen in conjunction with the song, which is poignant and moving enough in its own right, it stirs certain emotions in the listener/viewer.  We get the apocalyptic sense that this is truly the end of an era.  The song is actually about pregnancy and childbirth and the traumas and emotional pain involved, a theme which fits in nicely with the regeneration of a dying Time Lord and the beginning of a new life.   The Doctor’s battered body lies prostrate on the ground as he sees flashbacks of old friends calling out his name while Kate mournfully wails about all the things she should have said but didn’t say and urges him not to die, citing “I know you have a lot of strength left, I know you have a little life left in you” – brilliant:

No doubt something similar will occur when David Tennant, probably the most popular Tardis pilot since Tom Baker morphs into the controversially chosen Matt Smith.  But it just won’t be the same.

But this blog posting isn’t really about Dr Who or Kate Bush, but about how childhood memories, certain powerful and evocative pieces of music or film can trigger off strong emotions in the human mind.  The real video for the song, featuring Kate herself alongside Tim “Percy/Captain Darling from Blackadder” McInnerney can be viewed here.   I would defy anyone to play  it without being moved in some way.

But then maybe it just affects 36-year old batchelors with too much time on their hands.  “Batchelor?” I hear you cry in amazement.  Well, I write a blog and I like Dr Who.  Go figure as the Americans would say. 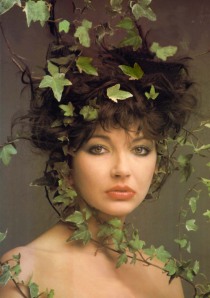 I’ve referred to the early 1980s BBC comedy sketch show Not the 9 o’clock News on this site before (cf “Nice Video Shame About the Song” and the Two Ninnies “We like birds” song).    Here’s another sketch of note.  Pamela Stephenson, now trading as the psychologist Dr Pamela “married to a rather well known hirsute Scottish comedian, who this blogger has been known to do drunken impressions of at 60th birthday parties in Belgian restaurants” Stephenson does a passable parody of Kate Bush.

The sketch is a satire of the song Them Heavy People, (which is also linked here for comparative purposes), a cautionary tale warning people about the dangers of obesity.  Although Kate’s one of those people along with Enya and the French actress Irène Jacob of Three Colours Red and La Double Vie de Véronique fame that I won’t have a bad word about, it’s probably fair to say that some of her songs do slightly border on the pretentious or too- clever-by-half category with their pseudo-intellectual references to deep philosophical concepts and spirituality.  Who else could get away with a song containing references to whirling dervishes and lines like:

“They open doorways that I thought were shut for good.
They read me Gurdjieff and Jesu”

And no I didn’t know who Gurdjieff was either before I looked him up on Wikipedia.

Although she doesn’t succeed in looking like Kate, Pamela gets the voice uncannily accurate.  And I’m sure being a good sport and of fairly broad-minded principles Kate saw the funny side.  Hopefully so will you.