If Carlsberg did irony…

Another glorious summer, another World Cup.  And as usual the supermarkets, off-licences and pubs hope to make a killing – maybe quite literally in some cases – by a heart attack or cirrhosis of the liver.

Yes, during every World Cup we’re inundated with special offers on crates of beer, wine, pizzas, crisps and countless other junk foods to consume while we watch the football.

How ironic it is then that as the world’s elite of fit, athletic young men participate in a noble, healthy pursuit, many of those watching and cheering them on indulge in unhealthy, ignoble pursuits, guzzling beer by the can and stuffing their faces with crap.  As the horizontally rich but follically poor comedian Alexei Sayle might say “It’s a funny old world”.

Don’t cry for me Vuvuzela

Up until a couple of weeks ago I thought Vuvuzela was an oil-rich South America country with a fat loud-mouthed clown as president whose team never qualifies for the World Cup.

Now it’s as if  the football stadia in South Africa have been invaded by swarms of angry bees.  Love them or hate them they’ve certainly created a buzz in the air at the World Cup.  It’s not just Wayne Rooney who has a bee in his bonnet. 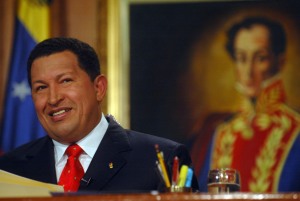 The president of Vuvuzela?

Having been following the World Cup quadrennially since I was a wide-eyed 8-year old back in 1982, I’ve noticed that in almost every tournament there’s at least one player with a funny name – ie one that would amuse a schoolboy or a “Carry On” film scriptwriter.  Purely from memory I’ve compiled a selection:

I’m splitting my sides just thinking about them. 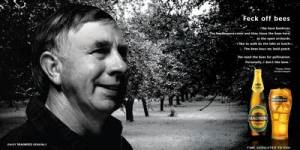 While we’re on the subject of “big ignorant feckers” (see below), apparently a poster on the London underground advertising Magners cider which contains the Father Tedesque phrase “Feck off bees” has been cleared by the Advertising Standards Authority. Although someone complained that the ad could be seen by young children the word “feck” was ruled not to be offensive. Maybe the same people who complained about this ad should also complain about the English regional tourist board ads urging people to visit Kent (or if you’re a lttle further north Scunthorpe) or TV coverage of Arsenal matches. Or even the human rights organisations who advocate Freedom For China.

According to a report published by the Washington-based think tank Fries-R-Us Associates (FR USA), McCains oven chips are unhealthy and lack taste.

Meanwhile, the Washington offices of the Organisation for the Betterment of Alpha Male Aardvarks (OBAMA), a benevolent group which campaigns on behalf of patriarchal South African bush-dwelling anteaters was picketed by a number of protest groups led by the insects’ rights coalition Progressive Ants’ League against Injustice and Negativity (PALIN).

A spokeswoman for PALIN said “we will continue to barrack OBAMA until we get an apology for the pillaging of anthills in the bush”.  The group alleged that the wholesale consumption of ants by members of OBAMA was particularly accute in an expansive area of grassland in the west of South Africa, in a region known as the Great Western or GW Bush for short.

The ants then marched on to join their fellow insect campaigners for refreshments at the Bee Den.  PALIN’s actions were condemned by a rival anteaters’ group, a creative workshop known as the Dreaming Armadillos.