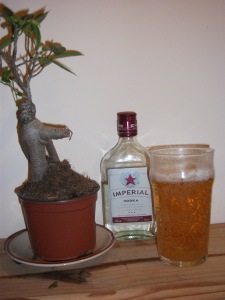 The so-called binge drinking culture and the problems of alcoholism have in recent years been the subject of much debate and government initiatives, but largely to no avail. A recent example is the Scottish government’s failed attempt to raise alcohol prices. Whether we like it or not alcohol is an integral part of the social and cultural fabric of these islands. In continental Western Europe where drunkenness is largely frowned upon the cafe culture is prevalent. The continental cafes are – much like our own pubs – social and communal meeting places, but where all sorts of food and drink (alcoholic and non-alcoholic) are sold.

At the time of writing the Cartoon Museum in London has just opened a new exhibition on the relationship between alcohol and society. In a feature about the exhibition on BBC Radio 4’s morning news programme, a former newspaper editor, a recovering alcoholic himself pointed out that it would be pious to suggest that drunkenness isn’t funny – it is funny, but it’s also tragic.

We even have an entire culture based around various tribes and the type of beverages they imbibe. There is the 1980s phenomenon of the “lager lout” on the football terraces or the beaches of Ibiza, the stereotype of the bearded, jam-jar bespectacled “real ale twat” from Viz comic and in the upper strata of the society the Pimms brigade. The local pub is the social hub of a rural village or urban district, the source of gossip, where business deals are conducted, where friends and partners are made, but also where fights and arguments start and where lives are ruined.

When I was growing up in the 1980s alcohol advertising was all over the television, on giant billboard posters and on the shirts of famous footballers. This may still be the case today, but it seemed to be much more prominent back then. Although I grew up in a household where alcohol consumption was mostly confined to the odd glass of wine or sherry at Christmas or very occasionally to accompany the Sunday roast had you asked the 11-year old Ciaran Ward back in 1985 how many brands of alcoholic drinks he could name, he could have rhymed off about 10. Off the top of my head without resorting to Google the following slogans spring to mind which as an 11-year old I could have recited verbatim:

“Get into the good taste of Guinness/Have a Guinness tonight”

“Carlsberg – probably the best lager in the world” (spoken in a voice similar to that of Spock from Star Trek, but I’m not sure if it was definitely him)
“Fosters – the Australian for lager”
“Martini – anytime, anywhere”

Then there were the celebrities who made a tidy sum by advertising alcohol. Think of the comedian Griff Rhys-Jones as Marilyn Monroe’s plumber in the Holstein Pils ads, Paul “Crocodile Dundee” Hogan as salt-of-the-earth Aussie stereotype in the Fosters commercials, comedian Peter Kay and John Smiths and more recently Top Gear’s James May extolling the pleasures of London Pride

Many of these ads were not surprisingly quite entertaining and innovative, given the fact that the drink manufacturers spent and continue to spend millions on promoting their wares. One particularly eye-catching commercial from the mid-80s was for a now long defunct variety of lager known as Lamot – see above. It featured an animated film of a knight in armour riding a tiger-like creature through a Tolkienesque fantasy sword and sorcery-type landscape on a quest to seek out this bog-standard beer. Such imagery would appeal to a 12-year old hobbit obsessive, who may never have tasted beer, but would certainly be imbued with the desire to try this particular brand.

It would be several years before I drank my first pint – as a naïve, awkward teenager my early experiences were with cider, then graduating to lager with a shot of lime to make it more agreeable to my inexperienced palate. But repeated exposure to the apparent pleasures and thrills of drinking alcohol during my schooldays through ruthless advertising had certainly whetted my appetite. And a few short years later those clever chaps in the drinks industry came up with a solution to the “problem” of awkward teenagers like my younger self being unfamiliar with alcohol by producing “alco-pops”, a cynical, almost criminal exploitation of the market for underage drinkers.

The impact of alcohol advertising on a pre-teen as described above is somewhat disturbing when one considers the culture of underage drinking and the binge sessions which occur throughout our towns, villages and cities on any Friday or Saturday night. And as if this wasn’t enough, during freshers’ week at universities up and down the country there are organised pub crawls and special offers of cheap drink.

After many years of compulsory government health warnings featuring prominently on tobacco products we now have similar warnings on bottles and cans, promoting the “Drinkaware” website. This is a move in the right direction, but in my humble opinion, not enough. The roots of the problem must be addressed.
It may be an unpopular proposal, especially among those who wish to stem the influence of the “nanny state”, but although I enjoy the odd drink or two myself, I personally believe that all forms of alcohol advertising should be banned. The manufacturers, distributors and the pub and off-licence trades would no doubt be up in arms at such a move, but in desperate times desperate measures need to be taken. The burden on an already struggling health service in dealing with alcohol-related injuries and illnesses is phenomenal. An all-out ban on alcohol advertising wouldn’t stop those who already drink from continuing to drink, but if young children and teenagers were less familiar with well-known brands the desire to start drinking in the first place may well to a certain extent be quelled. We can still enjoy our favourite tipple down a t the local without having to see it on TV, at football matches or billboard posters.

There are certain sports that I firmly believe shouldn’t be shown on TV. This isn’t necessarily just sports I don’t like though. I don’t like cricket for instance, but I don’t object to it being on the TV. There’s a certain passion to it and a cause that people can sympathise with in supporting their team – watching the skill of a batsman hitting the ball for six – or a fielder diving from a diffcult angle to catch the ball and end the batsman’s session – or a fast bowler toppling the stumps.

Darts on the other hand is an abomination which has none of the passion or excitement of other sports. I’m not getting into the old argument of whether or not darts should be classified as a sport. Whether it’s a sport or not is irrelevant. Dog-fighting and bear-baiting are no doubt considered sports by their followers, but that doesn’t mean they should be on TV. Darts is basically a pub game which has somehow found its way on to our TV screens. Who wants to watch tattooed beer-bellied neaderthals throwing aerodynamic nails at a rubber circle in between downing pints in one go?

Besides there are much more interesting events going on at your local that would make excellent TV. Why not make Pissed-Bloke-Trying-to-Chat-Up-Busty-Barmaid a sport and start a world championship in it? Why not have Pissed Bloke Throwing Up In The Urinal of the Bogs a sport? An international championship in Pissing on the Soap Ball in the urinal to see how far it dissolves? How about the Two-Drunken-Slappers-Fighting Tooth-and-Nail-After-One-Accused The-Other-Of-Eyeing-Her-Bloke Masters live from the Red Lion sponsored by WKD?

Admittedly if there were world championships in these pursuits certain countries would have distinct unfair advantages.

Still, it’s worth the suits at the BBC/ITV/RTE/Sky/Setanta discussing it over the boardroom table.