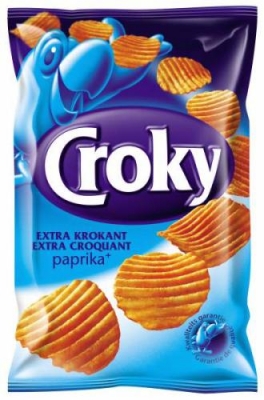 In our final year at the school, a small group of us, the usual suspects fulfilled our long-held ambition which we’d aspired to since 1st year by joining the committee of the annual school magazine. We thought we were the dog’s bollocks, but the truth is we were a bunch of cocky wee bastards who probably deserved a good hiding . In my early years at the school I’d looked up to the older boys who ran the magazine and wanted to be like them with their clever, witty articles, sophisticated sense of humour and sarcastic quips. Several years later when school was but a dim and distant memory one of my proudest moments occurred. I was in a pub in Omagh with a bunch of old schoolmates. I got talking to a younger lad who had been a few years below me at school. To my shame I don’t even remember his name, but he said he remembered my contemporaries and me from the school magazine and the articles we’d written and told me – “I used to look up to you boys – I wanted to be like you”.

In any given year the magazine would have articles on the previous year’s school trips, the excruciatingly bad 4th form adolescent angst-ridden poetry of the “I’m so depressed and misunderstood” variety, cartoons plagiarised from Gary Larrson’s “Far Side” collections and similar such odds and sods. The quality of material wasn’t always top rate, but if nothing else it was a great ego trip to see your own handiwork in print.

We put up a publicity poster featuring a warrior from a sword-and-sorcery “Lord of the Rings”-type graphic novel, glistening sword in one hand with his other arm around a comely young wench, the wind in their hair with the legend “Many are the pleasures of writing for your school magazine”. But inevitably some “comedian” had to deface the poster and change the word “writing” to “riding”.

We also tried to slip a few risqué pieces in, some of which successfully made it. The editor Pete McGrane, a tall thin red-haired chap had been on a short trip to Belgium after having won a schools essay–writing competition on the European Union. To his (and our) great delight and amusement he discovered that the leading Belgian brand of crisps, (their equivalent of Walkers or Tayto) was called Croky. He wrote a witty account of his Belgian experience for that year’s magazine. At the end of his piece he included a cheeky afterthought. I don’t recall the exact words, but it went something along the lines of:

“…and finally no trip to the low countries would be complete without a mention of Belgium’s favourite junk food – Croky crisps!”

Accompanying this paragraph was a photo of a packet of the fat-saturated potato-based snacks bearing the distinctive “CROKY” logo in large letters. It’s probably a safe bet that the crisp manufacturer’s namesake was well aware of young McGrane’s intentions here, but sensibly he chose to turn a blind eye.